The threatened Turkish military intervention in Libya, following the formal invitation of the recognized -with many reservations and asterisks- Sarraj’s legitimate government, dominates Christmas news. Perhaps much less attention would have been paid to Ankara’s intentions and declarations if the signing of the Memorandum of Understanding between Turkey and Libya on the demarcation of maritime jurisdiction areas in the Mediterranean had not intervened. 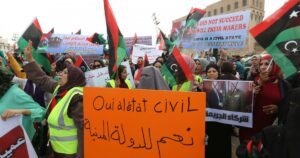 The events that followed are more or less known, while the latest development is the acceleration of the procedures for the formal approval of the Turkish Grand National Assembly for the allocation of troops in Libya. The original date of introduction and vote on the matter in the National Assembly on January 7, a date not in conformity with the military pressure on the government of Tripoli, has been transferred for approximately one week earlier. It may initially have been thought that the scale of an overseas -by Turkish standards- military operation would require sufficient time for military preparations. 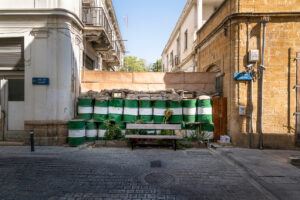 The question that arises today is whether Ankara ventures to the involvement of Turkish troops in Libya. As is generally known, Turkey has already been involved in the civil unrest engulfing Libya for months, with the disposal of equipment, multi-level support, mercenary forces, and probably a limited number of consultants. The fact is that other countries provide similar support to the opposing forces which these days exacerbate the military pressure on the encircled Tripoli. Though, the official Turkish statements of the last few days now speak of sending Turkish troops to strengthen the legitimate government of Libya. At the same time, there is increasing evidence that a new Free Syrian Army (FSA) mercenary transport operation with charter flights from Turkey to Tripoli is already underway. This aid is rumoured to be the cause of Haftar’s forces’ advance being halted, for the second time in 2019, outside the gates of Tripoli.

But let us come back to the question of possible Turkish military involvement in Libya. The recent Turkish actions in Syria, but also in the Eastern Mediterranean, would seem to show consistency between words and deeds, a fact that Ankara exploits in the field of psychological operations. A careful examination of the facts shows that the implementation of the declarations is carried out when certain conditions -to a large extent – are ensured, with regard to the attitude (reaction) of the international factor and the success of the business.

But what are the reasons of Turkey’s threatened intervention, which some analysts rushed to describe -if implemented – as the “Sicilian expedition” of Erdogan? Without a doubt, the claim to a regional role in the Eastern Mediterranean through collateral underpinnings in various areas and its “forced” inclusion in the unborn energy projects in the region. The role of regional power, from an energy-dependent country, is inconsistent and Ankara understands this. In addition, it obstructs the respective aspirations of Egypt and enacts new claims against Hellenism (regardless of the outcome of the campaign and the fate of the Sarraj regime). The biggest risk Turkey is taking is the further tightening of the anti-summoning already caused by its actions in the region. Undoubtedly, a Turkish military intervention would cause a corresponding, further active involvement of Egypt (with the support of UAE and Saudi Arabia), with the ensured advantage of its territorial proximity. These developments will undoubtedly escalate the civil conflict in Libya with all the consequences. In addition, Ankara is in danger of coming into further opposition with Moscow, as there is already, on Syrian issues, a difficult balance as a result of their conflicting medium-term objectives.

Under these circumstances, a Turkish military intervention is quite risky, but even worse, for the credibility of the Turkish regime, it will be a failure to comply with its pronouncements. Consequently, it is estimated that Ankara will choose the careful and appropriate disposal of a limited number of military advisers and special forces attached to forces of Turcophile mercenaries equipped with Turkish war material. In this way and depending on the audiences, Turkish military engagement and consistency of words and actions will be proclaimed, while at the same time showing restraint and low-level involvement, similar to the other countries, in this war happening “through representatives”. And even in the event of a Turkish failure, Ankara will not risk reducing the prestige of its armed forces. Meaning that again the size of the Turkish involvement will be proportionate and in absolute function with the results on the front and the reactions of other stakeholders.

The key dilemma of the Turkish intervention will be the choice of how to promote forces and supplies and then support them. Air transport -although direct for the promotion of mercenary divisions- ensures the promotion of heavy equipment and requires the use of airspace (FIR) of other countries. The locomotion by water seems preferable since it strengthens the showcase of the “flag” and of determination, while other neighbouring forces will proceed with difficulty in a coordinated naval blockade of Libya, and especially without the relevant decision of the Security Council and the participation of “Major Powers”.

Of course, the best solution for us would be the immediate collapse of the Sarraj regime and the occupation of Tripoli by the forces of Haftar, which seems rather difficult in the coming days. Therefore, don’t be surprised if you soon see armies consisting of fighters of the FSA (the gradual appearance of Turkish flags and uniforms will depend on the successes of these forces on the battlefields) around Tripoli to be involved in α low-intensity and of non-spectacular results race against the respective mercenary parts of Haftar. While all this will take place, it is possible to impose a new ceasefire from outside, perhaps even a new “unity government” from the warring parties. Various mediation efforts are planned for the end of the first ten days of January, which is probably why Turkey is accelerating the intervention procedures. Ankara obviously knows that it has the potential to impose a regime of its liking in Tripoli but hopes to slow the advance of the Haftar forces in the expectation of any peace effort to find it installed in the territories of Libya, i.e. an equal partner with the other large and neighbouring powers, and the main supporter of the Islam-friendly (adjacent to the “Muslim Brotherhood”) party. It is a fact that Ankara skilfully exploits the timing of making military interventions in combination with external mediation efforts, for the achievement of its objectives (see Cyprus, Imia, Syria).

However, it must not escape our attention that Ankara’s primary objective at the moment remains in the Eastern Mediterranean and in the inactivation of the energy projects of the Republic of Cyprus. Negative developments in Nicosia’s energy plans -for whatever reason – would make it more vulnerable to Turkish pressure to resolve the “Cyprus issue” with the aim of adopting solutions that will serve the fixed Turkish geostrategic aspirations. The plans of Ankara are focused on this front (and of course, on the neutralization of the Kurdish risk within and outside of the Turkish territory), while the other fronts, such as that of Libya -but even in the Aegean (currently)- are secondary efforts that contribute to the central target. Therefore, halting Ankara on the secondary fronts probably requires less effort and may generate disproportionate profits.

This halting can be achieved by early mobilization of Greek diplomacy in all directions and close coordination and cooperation with other countries, which are also concerned with this region. The exchange of information, an early warning, the preparation of alternative response plans with those countries are imperative, without the exclusion of the readiness of appeal to the combined use of the armed forces for addressing Turkish challenges will be potentially ventured for the verification of the capabilities and the determination (of all) of us. It is estimated that the imposition, following a decision by the Security Council, of a complete Libyan air-naval blockade would benefit Haftar’s forces and would isolate Ankara even more. Therefore, through the European Union, Athens must move in this direction as quickly as possible.

The difficulty of the Greek reaction lies in the indirect support of the aspirations of the forces of Haftar, avoiding our involvement in the “heart” of the Libyan crisis in parallel with seizing the opportunity to empower our partnerships and Turkish anti-summoning in the Eastern Mediterranean and around Cyprus which are the focus of the main effort of the opponent.