Faced with China’s expansion in East Asia over the past decade, U.S. policymakers have attempted to reassure allies over American commitments, maintain a constant presence in the waters of the Indo-Pacific region, and ensure a superiority of U.S. force in the region should an armed conflict break out. Yet bedeviled by distance, global commitments, and an increasingly capable Chinese military, Washington risks being forced over time into a predominantly reactive stance, attempting to still the shifting tides of the balance of power until the dangers associated with maintaining its traditional position become too onerous to accept.

The question of upholding both American promises and interests is not a light one. As Walter Lippmann admonished in U.S. Foreign Policy: Shield of the Republic (1943), foreign commitments must be brought into balance with national power. Writing, like the geopolitical analyst Nicholas Spykman, during the dark days of World War II, he asserted that an imbalance was a direct cause of war. Lippmann scathingly faulted U.S. foreign policy in the Pacific from 1899 to 1942 with failing to recognize the imbalance between U.S. commitments and its power in relation to the rise of Japan. Since 1945, however, except for a limited challenge by the Soviet Union, America has not had a credible challenger in the Pacific. Not since Vietnam nearly a half-century ago—which was the last time it brought localized power to bear on the Asiatic rimland—has Washington had to ensure that its Asian commitments and its power were in balance.

America now faces a credible challenger for local control. This challenger may not yet be able to defeat the full force of U.S. power today, but it is gaining in power. More importantly, that challenger has identified control of the Asiatic Mediterranean as its goal and is acting to permanently change the geopolitical balance, such as through the island-building campaign. Thus, Washington is at risk of failing to meet this challenge in two respects: in ensuring that its commitments and its power in the region are in balance, and in appropriately recognizing the full scope of the challenge and its holistic nature.

The concern in Washington over China’s capabilities and intentions is a belated recognition of these facts. Policymakers are now increasingly worried that American power is not commensurate to U.S. commitments, especially if the commitment is understood as the continued stability of the marginal seas and ensuring that no one power controls them. From that perspective, Washington’s alliance structures ironically may be secondary to the primacy of control of the marginal seas; losing that control would make fulfilling alliance commitments even more difficult or costly.

Effectively responding to China’s challenge requires adopting a larger geostrategic picture of the entire Indo-Pacific region and America’s position in it. To do so, it is useful to exhume a concept discussed briefly during the 1940s: that of the integrated strategic space of East Asia’s “inner seas,” or what was called the “Asiatic Mediterranean.” The utility of this concept will make clear that the geopolitical challenge the United States and its allies and partners face is an emerging struggle for control for the entire common maritime space of eastern Asia. It is helpful briefly to review the evolution of geopolitical thought in relation to this region if Washington is to adopt such an approach.

The academic field of geopolitics began with Halford Mackinder and his oft-quoted, oft-misunderstood “heartland” thesis. Mackinder’s famous 1904 article, “The geographical pivot of history,” in fact discusses only briefly the idea of the heartland, essentially steppe Eurasia, as the ultimate goal of any world power. Mackinder may have written “whoever controls the heartland controls the world,” but his real insight was into the struggle over the “rimlands” that both guard and give access to the heartland. The rimlands properly include the European peninsula of the Eurasian landmass, as well as the littoral areas of Asia and the Middle East. As Wess Mitchell and Jakub Grygiel have recently reminded us, it is the rimlands that both Vladimir Putin and China seem to be trying to contest today.

Four decades after Mackinder’s original thesis, during the darkest days of World War II, the Yale geopolitical thinker Nicholas Spykman returned to the rimland thesis and further modified it to take into account recent great power warfare in the twentieth century. In a posthumously published book, entitled The Geography of the Peace (1944), Spykman provided the insight that it is in the rimlands that the real struggle for mastery has taken place. More importantly, he argued that attaining control of the “marginal” or “inner” seas adjacent to the rimlands, bordered by the offshore “outer crescent” of island nations like Great Britain and Japan, was the prerequisite to dominating the rimlands. Thus, according to Spykman, the most crucial waterways for global power were the North Sea and the Mediterranean in Europe, the Persian Gulf and littoral waters of the western Indian Ocean in the Middle East, and the East and South China Seas, along with the Yellow Sea, in Asia.

Spykman’s claims put a new twist on Alfred Thayer Mahan’s assertion that control of the high seas was the great goal of the maritime powers. Instead of looking at the vast global maritime highway, like Mahan, Spykman instead concentrated on the areas where the majority of the global population lived, where production was most concentrated, and where trade was most intensely conducted. In a 1943 Foreign Affairs  article, “The round world and the winning of the peace,” Mackinder himself had already modified his earlier position. Mackinder, like Spykman, now emphasized the importance of the rimlands and their marginal seas. The great naval battles of World War II, except for the Battle of the Atlantic, the Coral Sea, and Midway, were in fact fought largely in the inner seas of Europe and Asia.

Control of the inner seas was not a new military concept. It explains the decades-long war waged by the British Royal Navy against Napoleon’s ships in the English Channel and French littoral waters, as well as the Imperial Japanese Navy’s reduction of the Chinese and Russian fleets in the Yellow Sea in both 1894 and 1904, giving it control of access to Korea and China. As both these examples also point out, the struggle for control of the inner seas is often the first step to a larger contest over the rimlands, and this maritime-based competition can last years before a move is made on land or the issue is decided by opposing armies.

Technological advances since the Great War had come fully to fruition by the 1940s, and Spykman struggled to expand his thesis to incorporate the most modern type of combat: aerial warfare. Command of the skies and the ability to effect devastating results on the ground from the air only became a feasible military capability in World War II. The ferocious aerial warfare of the Battle of Britain was one example of the struggle for the inner seas being expanded to the realm of aerospace. Indeed, due to the limitations of the 1940s-era aircraft, aerial warfare was almost wholly restricted to the littoral and rimlands regions. The objective, however, remained the same: control the maritime/aerial commons that give access to the rimlands.

Yet World War II was the last major war where command of the sea, whether the high or inner seas, was a strategic necessity. In the post–World War II era, the United States dominated the oceans and most of the skies, except over the Soviet Bloc. The new era required a new geopolitical concept, and Spykman’s thesis was modified by the Harvard political scientist Samuel Huntington. Prior Eurasian struggles for mastery had taken place among Eurasian powers. Now, with the balance of global military might be held by a nation in a different hemisphere, how could the idea of maintaining geopolitical control fit traditional models?

Huntington provided an answer in his well-known 1954 article in the U.S. Naval Institute’s Proceedings.

“National Policy and the Transoceanic Navy,” recapped the eras of U.S. naval strategy and argued that, in the modern era, the power of the U.S. Navy would be employed over trans-oceanic range, but for the same goals. Huntington presciently saw that naval power in the post–World War II era would be used almost solely for effecting land-based struggles in the rimland (and he could have made the same argument about the U.S. Air Force). Huntington’s insight helped explain Macarthur’s landing at Inchon in 1950, U.S. carrier-based air operations against North Vietnam, the air and amphibious operations of the 1991 Gulf War, and the Iraq War two decades later. No longer was naval power concerned with command of the sea, since the United States had it uncontested, except perhaps in the submarine race with the Soviets during the Cold War.

Today, America has lost a conscious understanding of the strategic importance of the inner seas, at a moment when it faces the greatest challenge to its control of them since 1945. Washington focuses serially on one area when a problem crops up, and then returns to a posture of benign neglect after taking short-term tactical action. It should instead acknowledge the matter bluntly: China is contesting for control, not of the high seas like Germany in World War I or Japan in World War II, but of the marginal seas and skies of Asia, even while the United States remains dominant on the high seas of the Pacific.

2020-09-21
Previous Post: Review of the current threat posed by the Muslim Brotherhood and its affiliated terrorist org/sation
Next Post: Συνηθίζεται το έγκλημα; 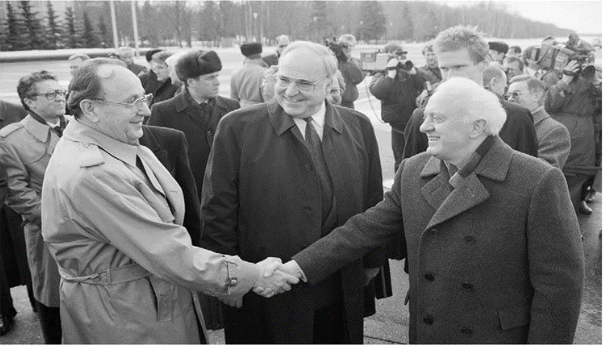