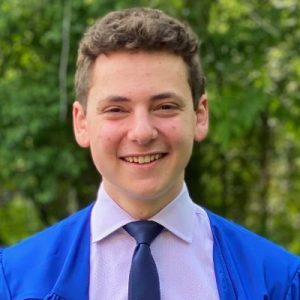 Earlier this week, violence flared yet again in Israel. Here in America, the response from our political class was just about as disconnected from reality as one would expect.

To combat the reams of disinformation making their way around social media at the moment, it seems necessary to debunk some of the most frequently cited arguments by anti-Israel activists. With the help of the media, celebrities, and politicians, these myths have become ubiquitous.

On Monday, Rep. Ilhan Omar, D-Minn., tweeted Israel was committing “an act of terrorism” after the nation conducted airstrikes in Gaza.

This claim is not supported by the facts. The only reason that Israel conducted any airstrikes was that the terrorist group in charge of Gaza, Hamas, instigated violence by indiscriminately shooting thousands of missiles into Israel. These rockets were not only aimed at their usual targets in southern Israel, but also civilian centers in Jerusalem and Tel-Aviv. These strikes have hit schools, hospitals, and homes in Israel.

Anti-Israel activists are quick to point out that many civilians have also been killed in Israel’s airstrikes. This is true, and it is a tragedy. The reason it is happening, however, shows who the real terrorists are.

While Israel invests in state-of-the-art Iron Dome technology to protect its people from rocket attacks, Hamas puts its people in harm’s way by using them as human shields. While Israel conducts its military activity away from civilian centers, Hamas launches rockets, hides senior officials, and manufactures weapons in heavily populated areas where they know collateral damage will take place. They store rockets in hospitals, schools, and mosques; they shoot rockets off the top of homes.

When Israel responds, they attempt to only hit terrorist targets. They even give notice hours in advance to the people who are in the buildings they are about to strike through phone calls or other means — something that nearly no other army would have the decency to do. But, because Hamas would like their people to remain in harm’s way for photo ops and to stoke Palestinian grievances, innocent lives are tragically taken. The loss of innocent Palestinian life is a strategic goal of terrorist groups like Hamas.

Hamas does not care about Palestinian life at all. The Israeli airstrikes on Gaza could end tomorrow if only Hamas ceased their rocket attacks. Also, of the more than 1,000 rockets launched by them so far, more than 200 fell short of the border between Gaza and Israel, thus exploding in their own territory.

In fact, three Gazan kids were recently killed by a Hamas rocket attack “gone awry.” Moreover, despite the fact Hamas purports to be fighting for the rights of all Palestinians — including those living in Israel — they recently hit an Arab-Israeli town with one of their rockets.

As writer David French correctly notes, “There is absolutely no equivalence — either in morality or the laws of armed conflict — between firing unaimed rockets directly into civilian population centers and responding with aimed fire at militants hiding in civilian population centers.” One of the two governments in this conflict is a terrorist government, but it is certainly not Israel’s.

Earlier this week, Trevor Noah, the host of “The Daily Show” on Comedy Central, had his say on the violence. In his video, which has more than 2 million views, he accused Israel of conducting an “assault” on Al-Aqsa Mosque.

Those who saw the images and videos of tear gas in and around Al-Aqsa Mosque — one of the holiest sites in Islam — were correct to be horrified. Why that event ever occurred, however, has nothing to do with Israel being hostile towards either freedom of religion in general or the ability of Muslims to pray at Al-Aqsa in particular.

After all, it is Jews who are restricted from praying at the Temple Mount, the holiest site in Judaism. Rather, it took place due to Palestinian agitators intentionally using Al-Aqsa as a staging ground for violence in order to generate sympathetic images.

Pictures from inside of Al-Aqsa earlier in the day show piles of rocks being kept there, which were later going to be used to attempt to injure Israeli police. Fireworks and other weapons were being stored in the mosque as well. Pictures of the people inside Al-Aqsa show Palestinians with Hamas headbands on while Hamas flags were also seen flying outside of the mosque itself.

Those who displayed the flag of a terrorist organization and stockpiled weapons inside the mosque were certainly not intending to simply “peacefully pray” that day. Rather, as they were leaving the mosque, they began to whip rocks at Israeli police. It is quite clear that they wanted violence.

That the Israeli police had to respond to the violence in the way they did was a tragedy, but we must not lose sight of why any altercations took place at Al-Aqsa Mosque in the first place. It was intended to be a spectacle, and Western media and leftists ate it up.

At night, a video went viral of Israelis dancing at the Western Wall while a fire at Al-Aqsa Mosque raged. While some dishonestly suggested that the Israelis were celebrating the burning of the mosque, the facts paint a far different picture. The truth is that the mosque was never burning; a few trees on the compound were.

Moreover, those fires were not set by “radical” Israelis or by Israeli police, but by fireworks set off by Palestinians. Lastly, while the Jews at the Western Wall were singing a song that featured gross and racist lyrics, they were not celebrating any sort of “burning” of one of the holiest sites in Islam.

Myth 3: The Conflict Would End if Israel Gave Palestinians a State

Model Bella Hadid recently posted a graphic to her more than 40 million followers asserting the reason there has been no peace is that Israel “denies Palestinians their right to liberation, freedom, and justice.” 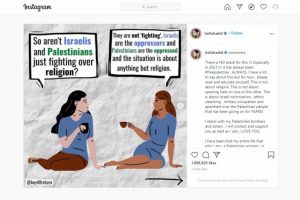 It has also been suggested that anger over the evictions of four families from Sheikh Jarrah, a neighborhood in East Jerusalem, is responsible for the violence. While this legal dispute going back to the 1970s understandably flared tensions, a more significant reason for the violence is the myth that Israel denies Palestinians the right to self-determination — a myth Hadid amplified.

In truth. the entire Israeli-Palestinian conflict comes down to a basic fact: the Jews want to have a state where they can live in safety and security while the Palestinians will do anything in their power to prevent a Jewish state that is safe and secure. This has been evidenced by the fact Israel has accepted every peace plan offered while the Palestinians have rejected every peace plan offered.

The opportunities for Palestinians to exercise their right to self-determination have been numerous — whether it be the Peel Commission in 1936, the United Nations partition plan in 1948, the Clinton parameters in 2000, or the Olmert offer in 2008. On every one of those occasions, the Jews have implicitly recognized the Palestinian right to a state by accepting a two-state solution, but the reverse has never been the case.

Since 1948, the Palestinian government, along with most other Arab governments, have been hell-bent on destroying the Jewish state. It is for this reason they have launched so many wars of attempted elimination. Today, Palestinian leaders encourage waves of violence in pursuit of the same goal.

Even if they claim that the catalyst is something unique — in this case, the Sheikh Jarrah evictions — the underlying motivations remain the same. There is no world in which more than 1,000 rockets would be justifiably launched into a country because they adjudicated a land dispute unjustly. That is motivated by a more root-level desire to wipe Israel off the map.

In Einat Wilf and Adi Schwartz’s book, “The War of Return,” they point out that the reason for this continuous violence is that many Palestinians truly believe the war of 1948 is not over and that Israel is simply a temporary project. But if both sides can simply accept that the other has a right to live safely in a country of their own, then this conflict would be over.

After all, Israel was able to make peace with Egypt just two years after they said they wanted peace, a fact further bolstered by the openness to peace Israel displayed through the 2020 Abraham Accords. Until Palestinian leaders reach out a hand for peace, however, this tragic cycle of violence will continue.