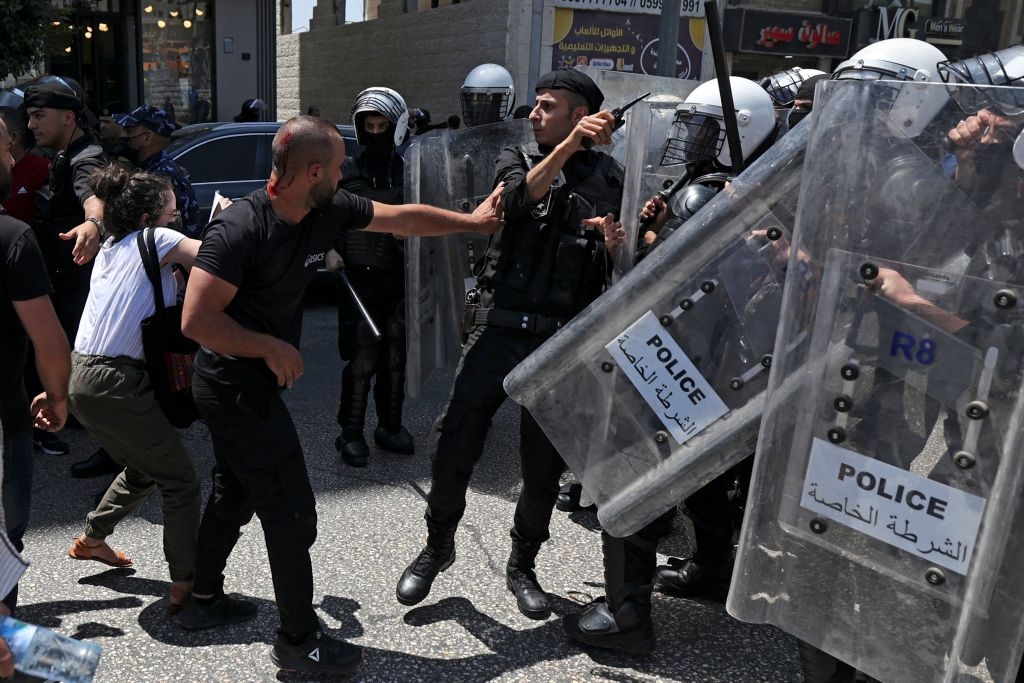 A wounded protester scuffles with Palestinian security forces during a demonstration calling for Palestinian president Mahmud Abbas to quit in Ramallah in the occupied West Bank on June 24, 2021, following the death of Palestinian human rights activist Nizar Banat who died shortly after being arrested. – A human rights activist and critic of the Palestinian Authority died shortly after security forces stormed his house and arrested him, triggering angry protests in the occupied West Bank. The family of Nizar Banat claimed he was beaten to death, sparking condemnation from human rights activists, marches in the West Bank city of Ramallah, and calls for an inquiry, including from the European Union, who said they were “shocked and saddened”. (Photo by ABBAS MOMANI / AFP) (Photo by ABBAS MOMANI/AFP via Getty Images) END_OF_DOCUMENT_TOKEN_TO_BE_REPLACED