There are a hundred reasons why nuclear energy can play a massive role in the future of American power and prosperity.

It creates high-paying jobs better than any other energy source. Its fuel sources are abundant. It fuels NASA’s most innovative projects. It offers a solution to conservation concerns without devastating the economy. And despite its sensationalist image, it is far safer than fossil fuels, and about the same in safety as solar and wind.

“Nuclear provides 55% of our country’s clean energy, and about 20% of our power, and it’s one of the most reliable generators that we have on the grid today,” says Dr. Rita Baranwal, who this month completed her tenure as assistant secretary for the Office of Nuclear Energy in the Trump administration. “Our reactors in the U.S. avoid putting out 470 million metric tons of carbon emissions each year. That number is equivalent to removing 100 million cars off the road.”

But the field has been in a hard spot for decades. With high degrees of government regulation and small amounts of government investment, reactors have been shut down across the country, destroying jobs and energy.

The last four years, however, have seen early signs of what might just be a fission renaissance. After being slashed by President Obama in favor of more image-friendly and less efficient sources, the Trump administration has ramped up American investment in nuclear energy.

“When the president took office in 2017, he ordered a review of nuclear energy policy, and he said that he wanted to begin to revive and expand our nuclear energy sector,” Baranwal told The Federalist. “And so he issued an executive order, promoting energy independence and economic growth, and that included the recognition that nuclear energy is a clean baseload power source that’s very important to overcoming our environmental challenges.”

These changes, and the increases in funding that have come with them, have resulted in groundbreaking accomplishments in American nuclear energy that have hardly received the coverage they deserve.

The Federalist spoke with the recent assistant secretary about the frontline of these changes and how they can shape the future of American power. While there are far too many new policies to entirely capture in one article, what follows are three major concrete improvements — and why they’re so important.

Revolutionary Small Reactors Are On Their Way 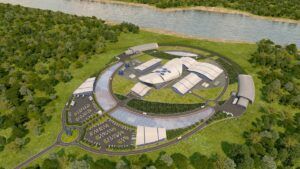 Miniaturized fission plants are smaller, safer, cheaper, and now far closer to being a reality.

This September the design for a Small Modular Reactor (SMR), designed by NuScale Power, gained approval from the federal government. It’s the first such reactor to be approved, ever. Small reactors like NuScale’s offer the possibility of fundamentally changing the economics of nuclear power.

While fission plants pay off in the long run, they have immense upfront costs that other energy sources just don’t experience on the same scale. Today, starting a commercial fission plant is something of an Odyssean task requiring decades of paperwork, miles of land, and billions in investment. These smaller reactors could change all of that.

“They can be factory-built and assembled on site much faster than these larger gigawatt-scale reactors. And so part of what we have seen with the cost overrun and the schedule delays… will not be experienced with SMR or microreactor deployment,” Baranwal said.

The mass-produced nature of these small reactors creates a wallet of benefits. The plants can be built far more cheaply while retaining the same safety guardrails of a larger plant. Once installed, each 100-megawatt plant would cost around $500 million to construct but generate $1.3 billion in sales and create 7,000 permanent jobs, according to a study on the design.

After providing $400 million in funding for NuScale’s sea-changing project, according to Baranwal the first-ever such plants will receive final approval for construction this year.

After Decades of Stagnation, New Reactors 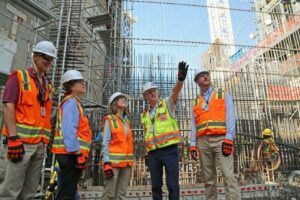 In addition to creating new sizes of plants, the last four years have seen huge strides in developing the next generation of reactors.

After three decades passing without the construction of a single new large commercial reactor in the entire country, two brand new ones — part of Vogtle Electric Generating Plant in Georgia — are now nearly complete. They’ll pave the way for more next-generation plants across the country, Baranwal says.

“The completion of Vogtle Units Three and Four in Georgia, which had been supported by the DOE, are using AP1000 technology, which is the most advanced light water reactor system that has been licensed by the NRC,” she said. “Those units are the first new large-scale reactors to be built in the United States in more than three decades and they’re scheduled to come online in the next two years — a very, very exciting time.”

Additionally, the administration has approved and funded designs in even newer tech via the Advanced Reactor Demonstration Program.

“(The program) focuses DOE and nonfederal resources on constructing advanced demonstration reactors that are affordable to build and to operate,” Baranwal explained. “So in October of 2020, we awarded the first tier of awards and that was $160. million in initial funding to Terrapower and X Energy as private-public partnerships. The intent is to build two advanced nuclear reactors that can be operational in the next five to seven years. That’s the top tier.”

The public-private partnerships, when complete, will mark some of the most advanced fission technology ever built.

Investing in the Distant Future 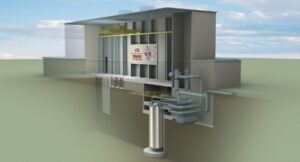 Investment hasn’t only focused on near-term wins, like the first-ever approved Small Modular Reactor and the first new reactors built in 30 years. The DOE has funneled funding to a set of long-term projects aimed at furthering fission energy science for decades to come. These changes can speed up not only the innovations noted above, but more futuristic aims as well.

Perhaps most important of these is the Versatile Test Reactor (VTR), the scientific project called by Energy Secretary Dan Brouillette “key to revitalizing the nuclear industry.” The facility, which began development in 2019, is an achievement Baranwal is particularly proud of.

“It’ll be a one-of-a-kind sized user facility, and it is, it’s going to be vital to our U.S. nuclear industry in that it’s going to ensure that we have the infrastructure that’s necessary to support long term development of advanced nuclear technology,” she said.

The facility will allow American companies to test their most advanced tech without surrendering their designs to Russia or China, both of whom currently possess advanced similar test reactors.

Nuclear energy in America certainly still isn’t at its peak. But the groundswell of new research and development offers a hopeful sign for an energy source, which more and more Americans are seeing as an important part of the country’s future.

“I think we have laid some really good groundwork, and those projects need to continue for the next four years,” said Baranwal. “And we will start to see the benefits of these programs that we have launched over the past year and a half, past two years, very soon.”

Jonah Gottschalk is an intern at the Federalist. He studies Modern History and International Relations at the University of St Andrews.
https://thefederalist.com/2021/01/15/the-nuclear-energy-advancements-of-the-past-four-years-will-blow-your-mind/
2021-02-21
Previous Post: Η χαλασμένη ατμομηχανή
Next Post: By Ana Zumani