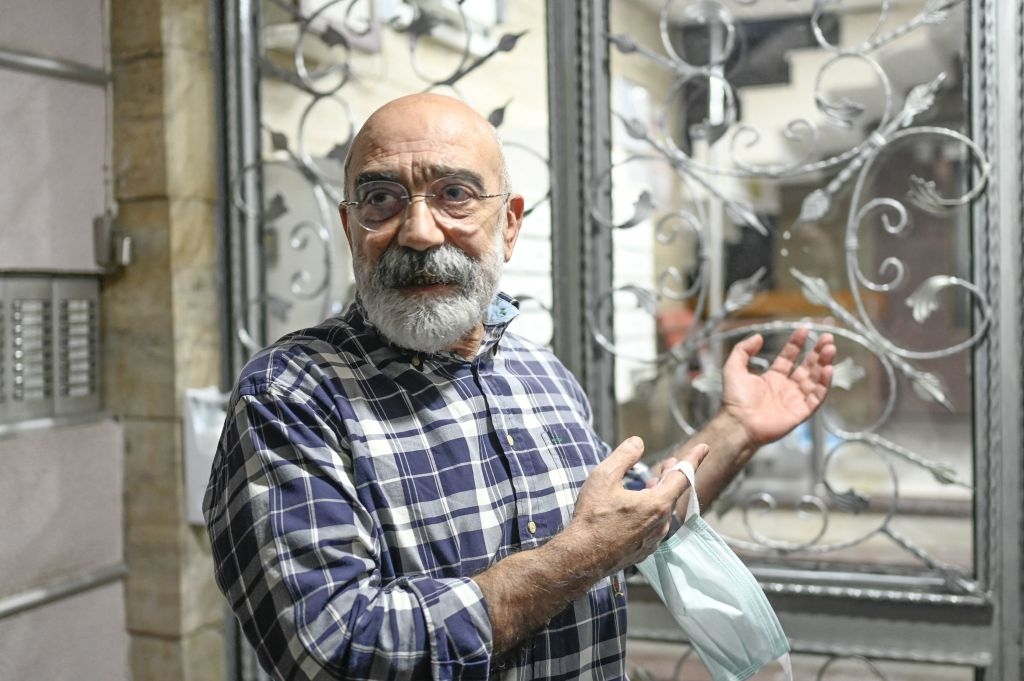 Turkish journalist and writer Ahmet Altan poses for AFP at his home minutes after he arrived following his release from jail, at Kadikoy neighbourhood in Istanbul, on April 14, 2021. – A Turkish court on April 14 released journalist and novelist Ahmet Altan after more than four years in prison on charges of involvement in a failed 2016 coup attempt that he had always denied. The Court of Cassation ruling came a day after the European Court of Human Rights (ECHR) demanded the 71-year-old’s freedom in a verdict that accused Turkey of violating his civil rights. The award-winning novelist and newspaper editor was jailed after writing politically-sensitive pieces critical of President Recep Tayyip Erdogan and in support of Kurdish rights. (Photo by BULENT KILIC / AFP) (Photo by BULENT KILIC/AFP via Getty Images) END_OF_DOCUMENT_TOKEN_TO_BE_REPLACED